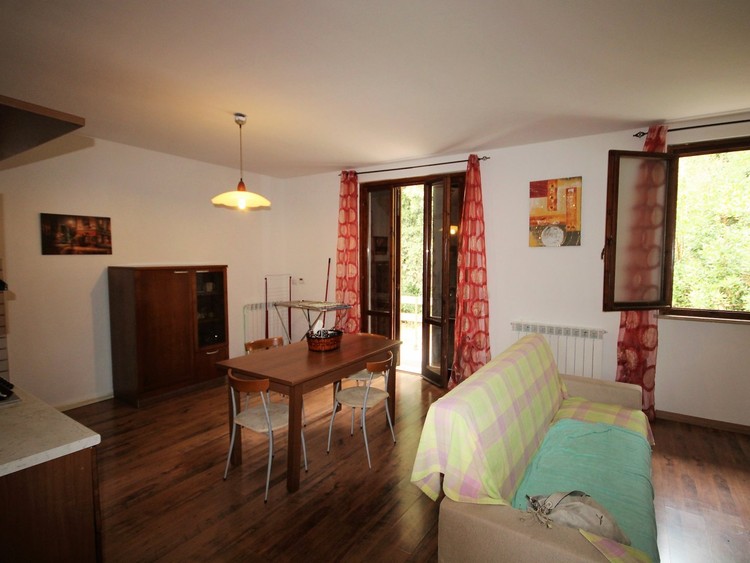 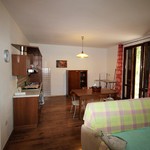 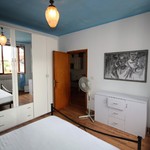 Spacious renovated two-roomed apartment of 52 sqm with private terrace and parking space on the edge of the characteristic Tuscan village of Sassetta.

Large renovated two-room apartment on the edge of the small village of Sassetta.

The flat consists of a large living area with living room and kitchenette, small terrace, double bedroom and bathroom.

Sassetta, a perfect break to escape from the usual city life.

Going inland from San Vincenzo, the landscape quickly loses its marine tones and takes on more undulating hilly characteristics; your gaze wanders over luxuriant hillocks that preserve the essence of the Livorno Maremma.

The village of Sassetta is up there, towering over the hillside and dominating the sea, surrounded by a prosperous nature and pervaded by an atmosphere that tells distant stories and ancient traditions.

Halfway between Castagneto Carducci and Monteverdi Marittimo, it is immersed in the typical quietness of a place where time seems to have stopped and where the hand of man has worked in perfect harmony with nature.

Sassetta is a medieval village, as small as it is delightful, with narrow streets winding between stone houses, like those of the past, and noble palaces, such as Palazzo Ramirez de Montalvo, built on the remains of the ancient castle of the powerful Pisan Orlandi family, feudal lords of Sassetta exiled after the Florentine conquest at the beginning of 1500 AD.

Pretty little streets adorned with artistic sculptures made from the famous red marble, the raw material of sculptors and stonemasons since time immemorial and unique in the world.

Rock extracted from the hills in the immediate vicinity of the village and guardian of a very ancient history dating back to the Cretaceous period, testified to by the presence of numerous ammonites and fossil shells. And it is precisely from its rock that the place name Sassetta originates, in all probability from saxum, which in Latin means "rock", "boulder", "cliff", with the addition of the suffix -etta, hence Sassetta, i.e. the "small rock".

The subsoil is as rich as its surface.

Surrounded by hectares and hectares of woods, the village is immersed in an uncontaminated nature that is home to a rich biodiversity, radiating from about 37 kilometres of footpaths, which respectfully furrow it and allow you to explore and enjoy it. Paths that can be used with the outdoor means of transport one prefers, on foot, by mountain bike or on horseback, and there is also one that is accessible to people with disabilities.

Near the village, nature exploration can begin with an easy trekking itinerary with a botanical theme that winds through the Museo del Bosco and the Via del carbone, which corresponds to path 102 around nearby Monte Bufalaio. A route to discover the verdant woods and ancient trades; in the area there are reconstructions illustrating the traditional activities of the place, such as the charcoal burners' hut and the tools of the manual arts linked to the woods.

Oak woods and chestnut groves; despite the modest altitudes, the chestnut tree, a predominantly mountainous plant, has found the right habitat to thrive here. A naturalistic wealth that is part of Tuscany's Regional Agricultural Forestry Heritage and protected by the Poggio Neri forest park, which in turn is united under the Val di Cornia parks.

But nature and the village are not the only pearls of Sassetta that deserve total immersion.

Downstream from the perched village lies an oasis of relaxation and wellbeing. Hot springs with therapeutic properties gush out at 51°C from the bowels of the earth, coming to the surface at a pleasant temperature, in the unique setting of the La Cerreta farm. Set in the green heart of the Poggio Neri forest park, the farm houses the spa and the farm, united in a single biodynamic organism.

The thermal baths of Sassetta and the placid landscapes that surround them offer regenerating detox breaks from the usual daily rhythms in total safety; the staff have activated all the measures and medical devices required for the current health emergency.

An enchanting place, out of time with its Etruscan-inspired architecture, where you can relax in enveloping waters, in contact with nature and enjoying genuine local products. A perfect break between a cultural exploration and an outdoor activity in Sassetta.

Spacious renovated two-roomed apartment of 52 sqm with private terrace and parking space on the edge of the characteristic Tuscan village of Sassetta.

We are available 24/7 from Monday to Saturday